The first anniversary of the death of Professor Dr. Khalil Hajim

Al-Tayyar Al-Democracy and the family of the scholar Khalil Hajim organized a remembrance session on Saturday morning, (9/26/2020) at the hall of the Iraqi Council for Peace and Solidarity on the occasion of the first anniversary of his death. The ceremony was arranged in the presence of a group of colleagues and students of the scholar as well as his family. 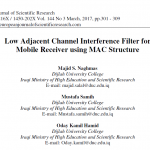 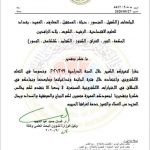